After hearing that Never Sol, a.k.a. Sára Vondrášková’s birthday is approaching, I started thinking of a unique gift to celebrate her music. With a Never Sol show in New York already scheduled, I thought it would be fantastic to make something Sara can use on stage. More importantly I thought it would be fantastic to provide her with something she can use at home while producing / recording new music as well. Something that feels right when held and something both musically and visually decorative.

Functionally, I wanted to make a midi controller. Something that’s just powered up from regular USB. Initially I thought of using just one large knob, but later decided to have one for each button group. This allowed for a slightly smaller footprint due to shrunken knob sizes.

Aesthetically, I wanted to make it look like a beautiful piece of mid-century furniture. Ideally also like an old record player, that would still look gorgeous even if left untouched at home. After looking at a few Never Sol concert photos, it was evident that Sara loves her Prophet 08 keyboard. Which famously has wooden side-panels. So to make sure her instruments match and look uniform on stage, I used wood & black acrylic to match her Prophet 08. 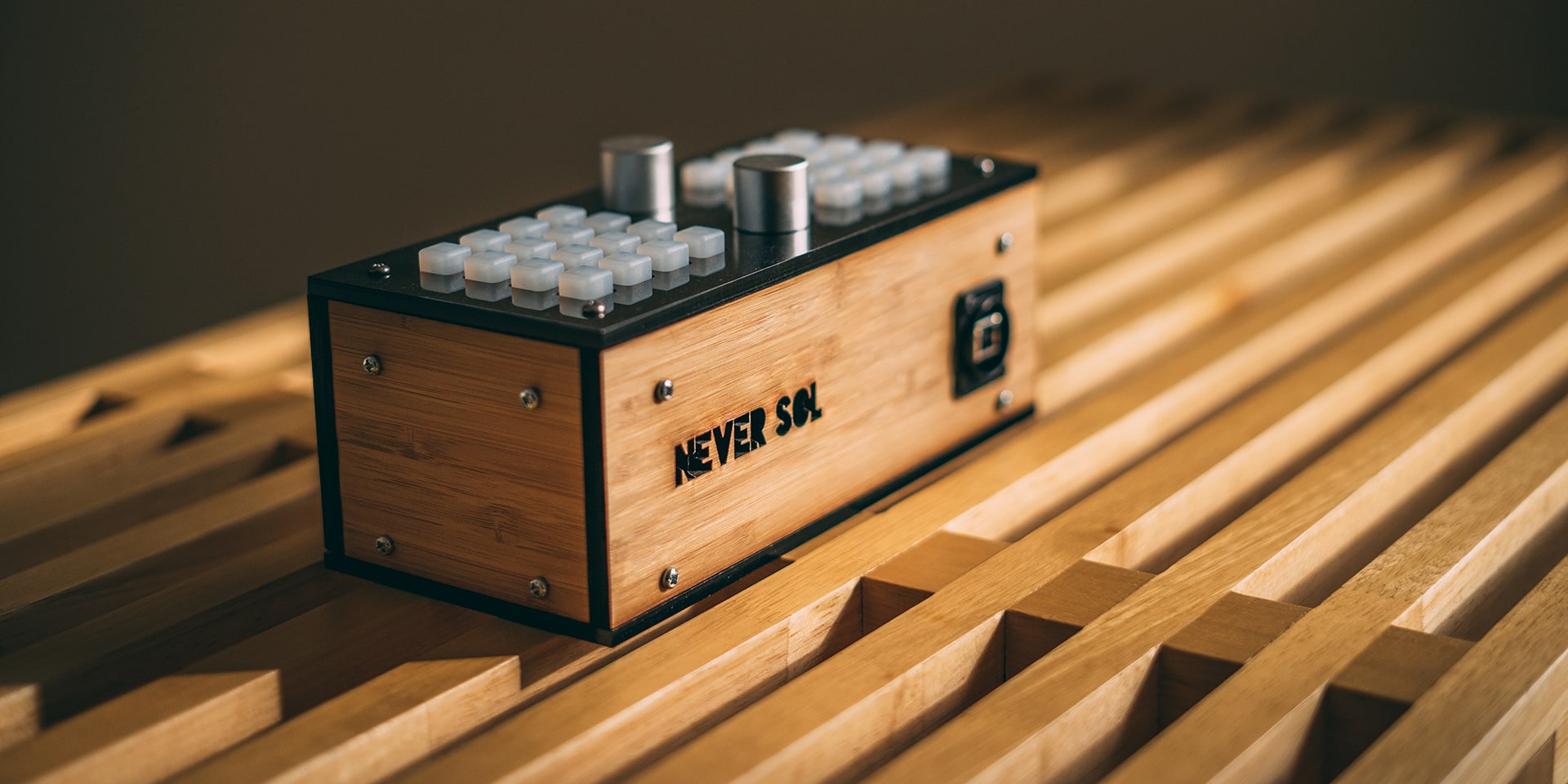 The white soft keys immediately popped out, and looked gorgeous in contrast with black. However to make it more furniture-alike, it needed one more element. And the Neutrik USB port already had some aluminum in it, so I figured, why not use brushed aluminum knobs. 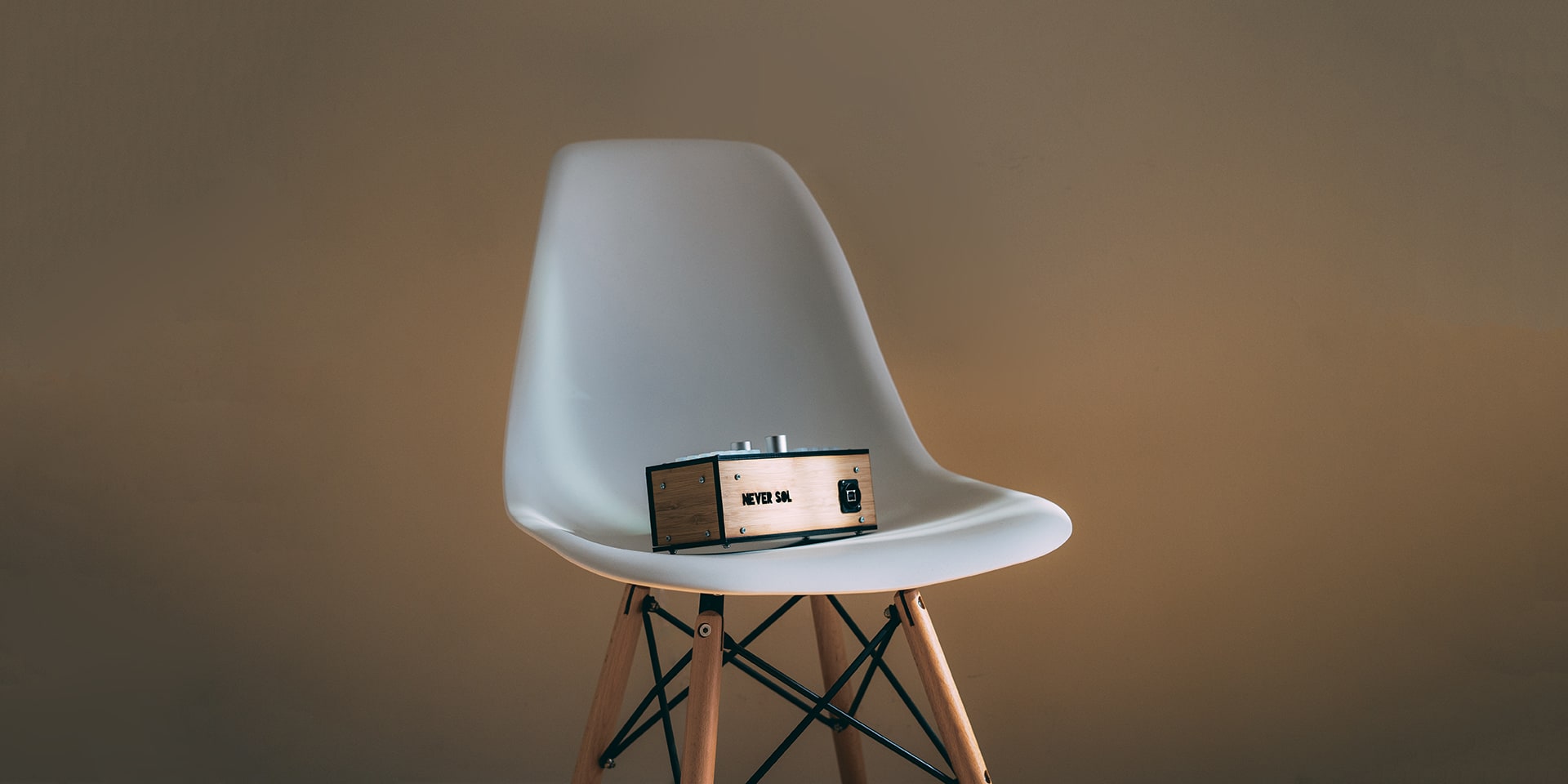 Of course since this will be used on stage, LEDs are a must, so all the buttons have individual LEDs. Also the Never Sol logo has a powerful, but not too bright backlight LED panel that glows through. 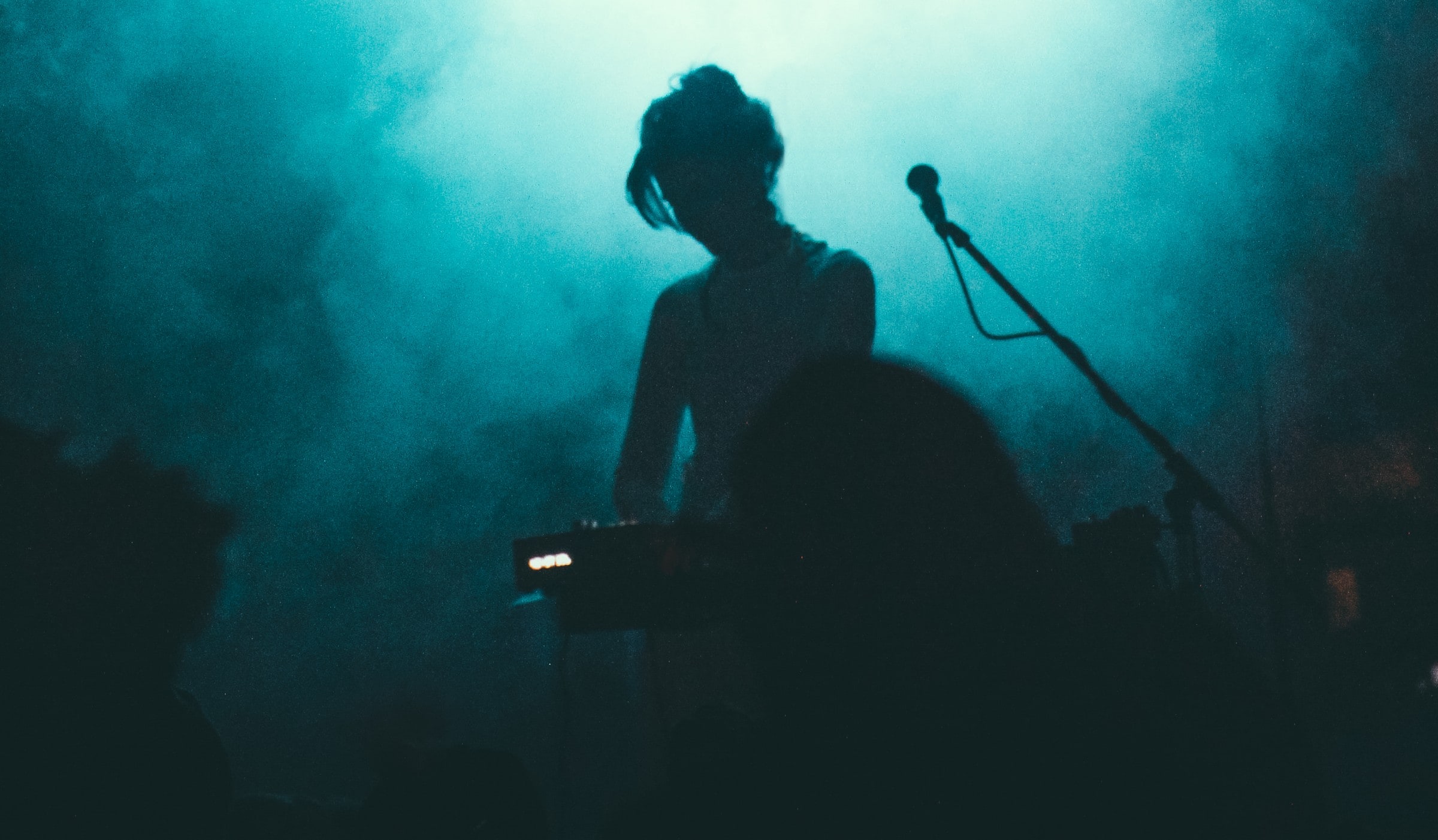